skip to main | skip to sidebar

12 Years since Dad set off cycle the coast of Britain

Well good old Facebook reminded me today that it is 12 years since Dad set off from Keele to ride over to Liverpool for the start of his cycle ride round the coast of Britain ! Where has that time gone ! 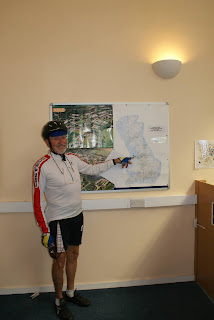 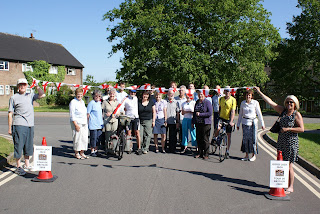 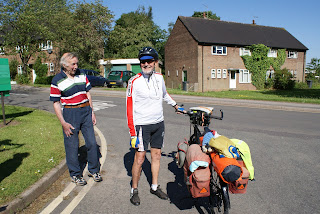 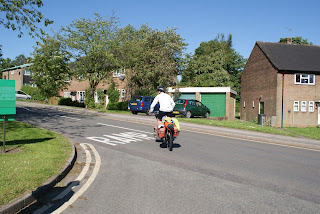 Unfortunately Dad doesn't ride his bike no more ... but the bike is waiting for me to take up the saddle and follow in his wheels !

Posted by Kendie at 6:17 PM No comments:

Dad is keeping well ... no longer riding the bike but still out most days for a walk. They closed the car parks on two of his favourite walks at the start of lockdown so he walked along the canal instead - it's nice and flat !

Just recently the car parks have re-opened so he is back to his usual walk keeping a social distance from others !

Been lovely to see people out and about walking and cycling in their local areas. I've walked around my local streets and followed the routes that I used to take walking to school. It used to feel such a long way when you were a kid !

Hope everyone is keeping well and safe. Stick to the guidelines the best you can and then hopefully we will be through this strange time more safely and with a bit of luck more quickly.

How time flies ... it's been 8 years since Dad set off on his ride around the coast of Britain at the grand age of 74. Unfortunately Dad doesn't ride anymore, not since his heart op but he got the best part of 80 years of riding in before he hung up the bike (or whatever it is you do with a bike!).  The bike is now waiting for me to take up riding ... that saddle will need to be lowered so my feet reach the floor for a start!

We made lots of news friends with the blog and fellow coast of Britain riders. Dad even inspired a few to ride the coast when they heard of his trip.  Many of them are still riding and off on new adventures on their bikes.

I learnt about lots of places around the coast of Britain whilst writing the blog ... even now my ears will prick up when I hear a place name of somewhere I know Dad rode through, so what I didn't learn in Geography at school I learnt from my Dad's travels :)

It's 7 years today since Dad finished his cycle around the coast of Britain ... and to quote Dad "I wished I could do it again". Alas his fitness is not what it used to be and he's not been on the bike for awhile. However he did read his blog about the trip again and there was a lot he'd forgotten !

Here are a few photos of the finish after 4,500 miles of cycling !

Well the 1st June 2009 is the day Dad started his cycle round the coast of Britain and put an extra 4,500 miles on the pedals. I can't actually believe it was 7 years ago !

There have been quite a few "round the coast" cyclers since! I remember when we were researching the ride we couldn't find much information on other cyclists who had done the same. However during Dad's ride Mike Carter (a journalist writing an article for The Guardian) was cycling in the opposite direction to Dad. They meet up twice ... once at John o'Grouts (article here) and again in St Davids.


The following are a few links on Dad's trip.

Here is a YouTube video of Dad talking about his trip

An article in the local newspaper

Dad is back from his travels

Well he's back ... not even a strike by Lufthansa could stop him ! Folk from his party were scattered around various airports in the UK but Dad flew back to Manchester and even managed to get back earlier than his original flight!

He's had a good couple of weeks ... apparently the first week was too hot the second week too cold ... there ain't pleasing some folks !

Well Dad sounds to be having a great time in Austria. Sound like he had better weather the first week. He got himself a bus/lift pass and has been making the most of it! He hops on a bus to the ski lift and then takes  the lift up the mountains and then has a walk back down and hops back on the bus back to the hotel. If he times it right he gets to have lunch at the top of the mountain ! That sounds my sort of "walking" :)

He usually manages to get back to the hotel in time to catch the end of the days cycling in the Tour of Spain ! I did tell him that the Tour of Britain has started but that's not being shown on  Eurosport so I have to text him the results.

He's now moved onto Saalbach and sounds like he's had a couple of wet days. He was going to hire another e-bike but the weather was a bit wet/cold so he gave it a miss. Again he's been using the buses/ski lifts to get up the mountains. Today he's been to Zell am See and on a steam train to visit a waterfall ! I was well jealous of the steam train until he told me it broke down !

He's been out and about in the evening too. He went to a music and dancing pub one night (I bet he moaned it was "too loud") and tonight he is going bowling - that I would love to see !

Just one full day left tomorrow as he's back home on Wednesday !